What do you know about Lady Amateur Radio Operators?

Check this page monthly and learn about YL’s of today and YL’s from the past. 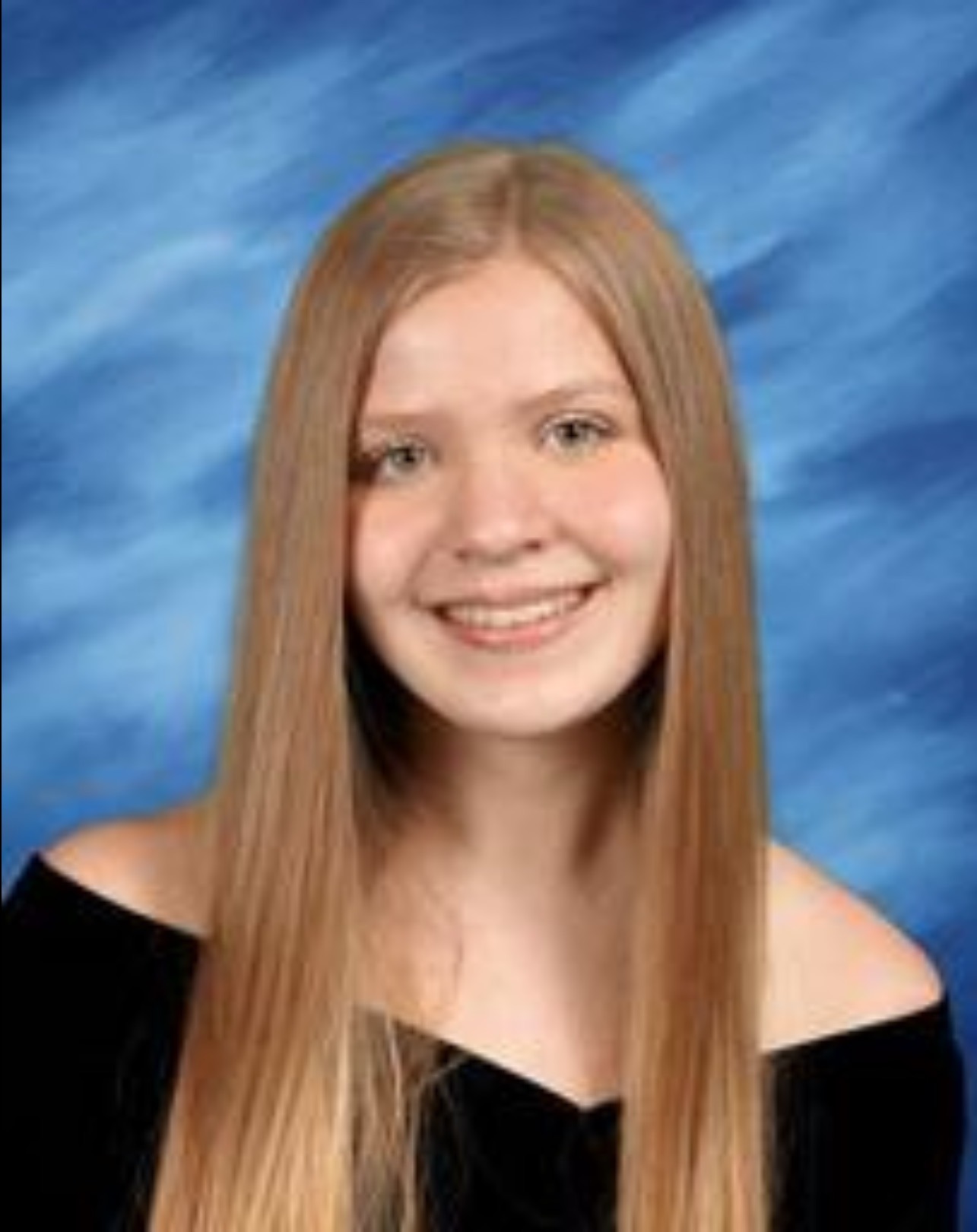 HI! I’m Katherine, KT5KMF. I first got my license when I was nine years old. My dad had wanted to get one when he was younger, and the summer after I finished third grade he finally decided to do it. After he got his license, I decided it seemed interesting enough and got mine a month later. Four years later, I upgraded to a General class license, and the following year I got my Extra (I couldn’t let my dad be the only Extra in the house!). At first, ham radio was just a new interest that I had in common with my dad and a way for us to spend more time together. As we got more comfortable in the hobby, we started becoming more involved in the community. First, we volunteered at the Plano Balloon Festival doing balloon recovery, and since then we’ve also started volunteering at Meals on Wheels and various local races, bike rides, and runs. My dad and I have also gotten involved in foxhunting through the Richardson Wireless Klub. Last year, we took over hiding one of the “foxes” (named Wheatley after the character his audio clips come from) that goes out every weekend in Richardson. We started taking Wheatley on field trips to neighboring cities Plano and McKinney and were able to get several members of these clubs involved in foxhunting.

I have also done several science fair projects with ham radio. When I was in seventh grade, I built VHF antennas out of “disaster debris” and tested them against a store-bought one. My dad would drive away from our house while I stayed there and every few miles I would call him on the radio. I was extremely excited to see that my two antennas worked just as well as the other one! The next two years, I did an experiment to determine whether the time of day had any effect on HF signal propagation. I used the digital mode FT8 on the 17, 20, 30, 40, and 80-meter bands to do this experiment. After doing research on the ionosphere and collecting data, I was fascinated to learn about how changes in our atmosphere affect radio signals. I was able to win several awards with these projects, including a special award from the McKinney Amateur Radio Club and second place in the Physics and Astronomy category at the Texas Science and Engineering Fair.

In addition to being one of the YLs that helped create this webpage, I am a member of four local clubs: the Plano Amateur Radio Klub, the Richardson Wireless Klub, the McKinney Amateur Radio Club, and the Sachse Amateur Radio Association. I have also been in the role of ARRL North Texas Section Youth Coordinator for two years, in which I work to reach out to youth in the section as well as help clubs learn ways to do the same. Earlier this year, I was chosen as the 2021 recipient of the Hiram Percy Maxim Award, an award given annually by ARRL to a ham under the age of 21 for involvement in ham radio and community.

I am currently a senior at Plano West Senior High School, a member of the National Honor Society, the Spanish Honor Society, and I play the tuba and sousaphone in my high school band. Next year I will be attending Texas A&M University, which has the oldest ham radio club in the state of Texas, and I plan to major in meteorology. I am excited to continue being active in ham radio while in college and hope to share some of my ideas for outreach with other members of this club!

Katherine (KT5KMF) uses a Yagi antenna to participate in a weekend Richardson Wireless Klub foxhunt, looking for a hidden transmitter somewhere in the city of Richardson. 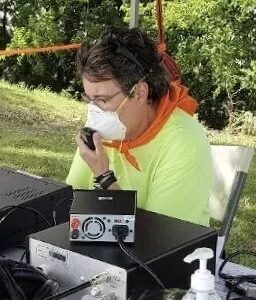 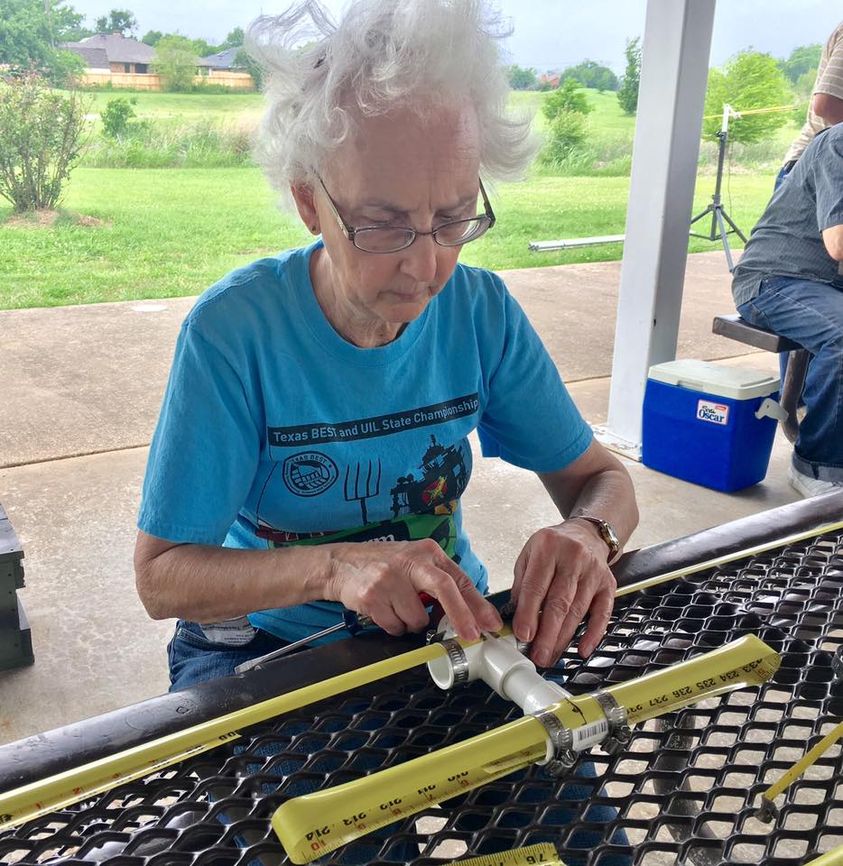 Meet Hedy Lamarr.  She was better known as a ‘Movie Star’ in the 1930s and 1940s.  Today we know that she helped to develop a radio guidance system for torpedoes that were jam-proofed.  Today her spread spectrum techniques are used within some of our new technologies, like Wi-Fi, and Bluetooth. 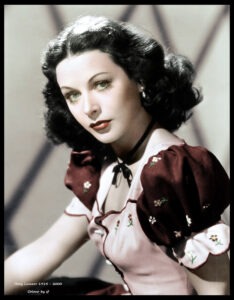 During World War II, Lamarr learned that radio-controlled torpedoes, an emerging technology in naval war, could easily be jammed and set off course.  She thought of creating a frequency-hopping signal that could not be tracked or jammed. She contacted her friend, composer, and pianist George Antheil, to help her develop a device for doing that, and he succeeded by synchronizing a miniaturized player-piano mechanism with radio signals.  They drafted designs for the frequency-hopping system, which they patented.   Antheil recalled:

We began talking about the war, which, in the late summer of 1940, was looking most extremely black. Hedy said that she did not feel very comfortable, sitting there in Hollywood and making lots of money when things were in such a state. She said that she knew a good deal about munitions and various secret weapons … and that she was thinking seriously of quitting MGM and going to Washington, DC, to offer her services to the newly established Inventors’ Council.

Their invention was granted a patent under US Patent 2,292,387 on August 11, 1942 (filed using her married name Hedy Kiesler Markey).   However, it was technologically difficult to implement, and at that time the U.S. Navy was not receptive to considering inventions coming from outside the military. In 1962 (at the time of the Cuban missile crisis), an updated version of their design, at last, appeared on Navy ships.

In 1997, Lamarr and Antheil received the Electronic Frontier Foundation Pioneer Award and the Bulbie Gnass Spirit of Achievement Bronze Award, given to individuals whose creative lifetime achievements in the arts, sciences, business, or invention fields have significantly contributed to society.   Lamarr was featured on the Science Channel and the Discovery Channel. In 2014, Lamarr and Antheil were posthumously inducted into the National Inventors Hall of Fame.

Resources Check out these resources available to help you on your amateur radio journey!

New to amateur radio? We have information available to explain what amateur radio is and help you pass the FCC exam.

There are several nets, including YL nets, that take place in and around the North Texas Section. Check in and say hello!

The Young Ladies Radio League exists to encourage and assist Young Ladies throughout the world to enter into the Amateur Radio Service.

Please feel welcome to contact me if you have any questions!

Your device is currently offline.